At the height of the First World War, two young British soldiers, Schofield (Captain Fantastic’s George MacKay) and Blake (Game of Thrones’ Dean-Charles Chapman) are given a seemingly impossible mission. In a race against time, they must cross enemy territory and deliver a message that will stop a deadly attack on hundreds of soldiers—Blake’s own brother among them.

Suit up for classic comedy! Unemployed parapsychologists devise a system for neutralizing ghosts when New York City comes under attack from supernatural demons.

A koala impresario stages a gala singing competition in order to save his theater, and the contest attracts the attention of such musically inclined animals as a harried pig mom, a teenage gorilla, a shy elephant and a punk porcupine.

A thrilling and inspiring story begins on the eve of World War II as, within days of becoming Prime Minister of Great Britain, Winston Churchill (Academy Award nominee Gary Oldman) must face one of his most turbulant and defining trials: exploring a negotiated peace treaty with Nazi Germany, or standing firm to fight for the ideals, liberty and freedom of a nation.

An all-star ensemble cast shines in this comical and poignant look at breakups, breakdowns and breakthroughs.

Two mismatched mutts get lost in NYC due to their feuding, and must find their way home. During their journey, they encounter a vicious bunny who plans to lead a group of abandoned pets on a mission of revenge against humanity. A 7-piece experimental fusion collective from St. Petersburg, FL, this project is a melting pot of some of the most unique musical minds in the scene. A cross between prog-rock and fusion jazz and film score music, this band has an electrifying sound with ambitious energy that captivates audiences on all walks of life.

An adorable mouse named Fievel is lured to the frontier by the crafty con artist Cat R. Waul. But once there, the courageous mouse must team up with famed hero lawdog Wylie Burp to stop a sinister plot in his new home.

None of Hitchcock's films has ever given a clearer view of his genius for suspense than Rear Window!

Academy Award® winners Robin Williams and Cuba Gooding, Jr. embark on a supernatural journey beyond the realm of mortality in this visually stunning and unforgettable epic.

Bette Midler, Sarah Jessica Parker, and Kathy Najimy return from 17th-century Salem after they're accidentally conjured up by some unsuspecting pranksters!

Get ready for a minion laughs in the funniest 3D blockbuster hit of the year!

This raunchy, screwball comedy, directed with madcap zest by John Landis, offers a relentless spoof of 1960's college life by following the hilarious adventures of the Delta fraternity. 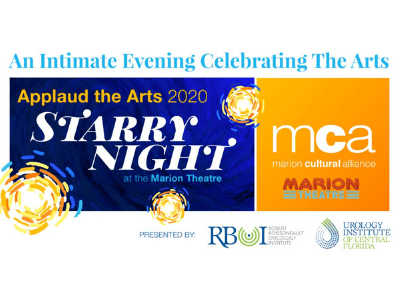 George Lucas presents Howard the Duck - the comedy adventure about a fast-talking, cigar-chomping, beer-loving duck from a parallel universe who somehow winds up in Cleveland!

One of the most popular stories of all time, Gaston Leroux’s Phantom of the Opera is the legendary horror tale starring Claude Rains as the masked phantom of the Paris Opera House.

Part of the Naughty Adaptation series: a series about how highbrow texts become irreverent films.

Dr. Seuss’ The Lorax is filled with hilarious fun for everyone!

William Friedkin directs one of the most horrifying movies ever made... This critically acclaimed cult favorite, written and directed by Richard Linklater (The School of Rock), explores the last day of school - and one wild night - in the lives of high school students in 1976.

This 1982 fantasy film directed by Jim Henson and Frank Oz tells the story of an orphan on a quest to find a missing shard of a crystal that holds the world in equilibrium.

A typical family in a quiet suburb of a normal California faces a frightening ordeal when its home is invaded by a Poltergeist.

A visually stunning blend of hip humor, horror and rock 'n' roll about the most compelling group of contemporary vampires ever to put fang to vein.

Alfred Hitchcock unleashes his foul friends in one of his most shocking and memorable masterpieces.

Can your nightmares be fatal?

A newly-engaged couple have a breakdown in an isolated area and must seek shelter at the bizarre residence of Dr. Frank-n-Furter.