with special guests Alien Ant Farm and Kris Roe of The Ataris!

About Lit:
Lit is considered one of the preeminent bands to have come out of the post-grunge era of the late 90’s and helped define an entire generation of SoCal power punk with hard-charging hits like “My Own Worst Enemy,” “Miserable,” “Zip-Lock,”, and “Lipstick & Bruises.” The band has released 6 worldwide studio albums, including their RIAA Certified Platinum A Place in the Sun, and they are currently writing and recording to release new material.

The band has remained one of the most active bands from that era and still consists of three original and primary members including brothers A. Jay (lead vocals), Jeremy Popoff (lead guitar), and Kevin Baldes (bass). Their mega-hit “My Own Worst Enemy” is one of the most broadcasted, covered, karaoke’d, recognizable rock hits of the last 20 years and won them a Billboard Music Award for Modern Rock Song of the Year. Their unforgettable video for “Miserable” featuring Pamela Anderson was one of the top 10 most played songs of 2000. As recently as 2017 Lit found themselves back on the charts hitting #1 on the CMT 12-Pack with their video for “Fast”, from their These Are the Days album.

About Hoobastank:
On November 20th, 2021, Hoobastank celebrated 20 years of their self-titled release, Hoobastank. The 2001 album launched the career of the band to mainstream success with huge singles including “Crawling In The Dark”, “Running Away” and “Remember Me” – all of which have since been certified RIAA platinum. Almost two decades later, the band is still clocking in at over 6M monthly listeners on Spotify and “Crawling In The Dark” has surpassed the 100M streaming mark across DSPs. The band’s 2003 follow-up studio album The Reason took them to even greater heights and solidified Hoobastank as a household name. The title track “The Reason” went 4x platinum and racked up quite a few #1 chart positions along the way, while the album went 2x platinum. “ The Reason” has over 2 Billion streams/views which has helped lead the way to the bands catalog surpassing the 3 billion mark across the different streaming platforms. The band looks forward to continuing their success in the years to come while also celebrating what they have accomplished so far. They have been hitting the road again in 2022 and hope to see all of their fans in person at a show sometime soon. 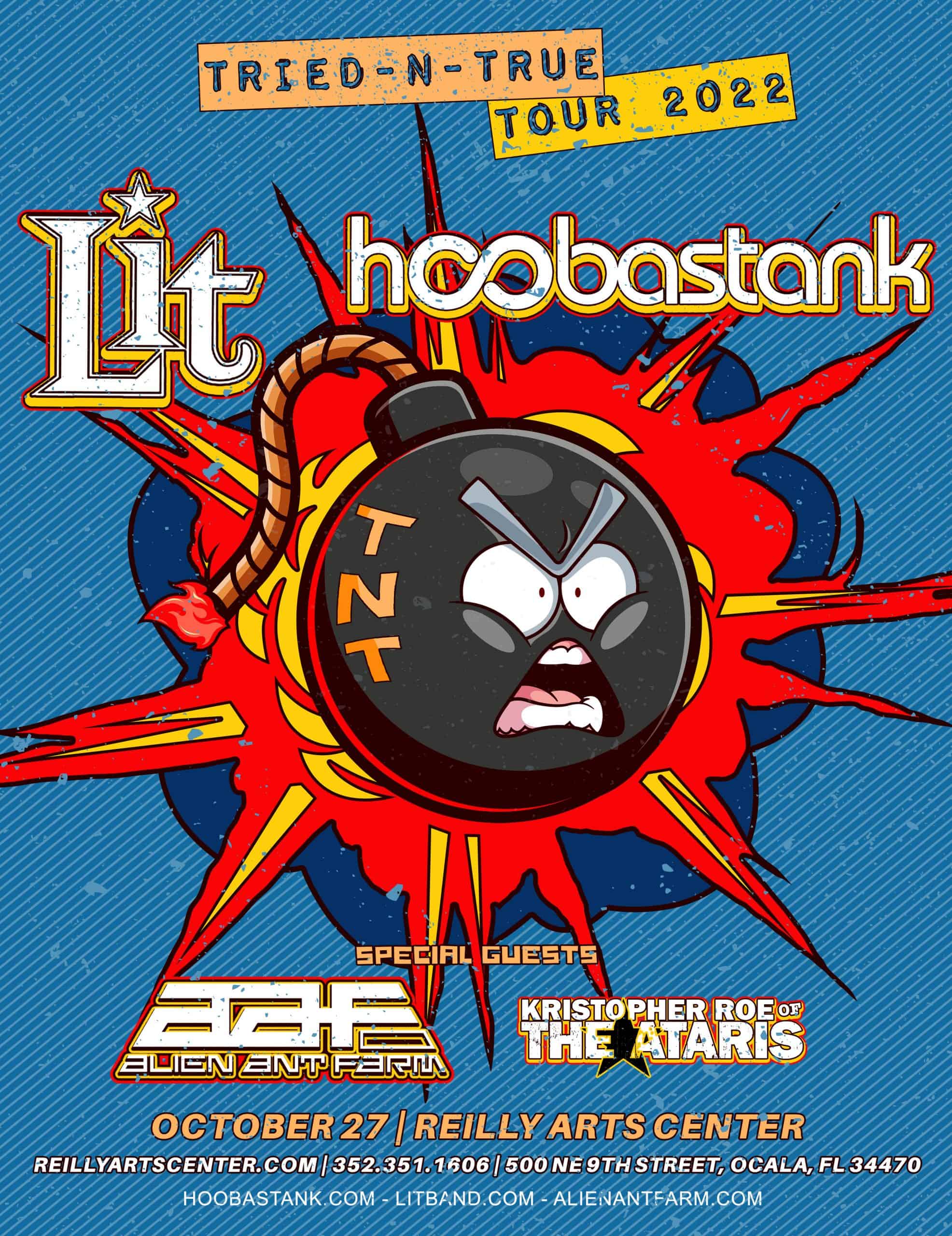