April, 2020 marked the 27th anniversary of Big Bad Voodoo Daddy’s remarkable arrival on to the music scene. Since its formation in the early nineties in Ventura, California, the band has toured virtually nonstop, performing on average over 150 shows a year, and has produced a sizable catalog of recorded music, with sales of over 2 million albums to date. Early on, during their legendary residency at the Derby nightclub in Los Angeles, they reminded the world, in the midst of the grunge era no less, that it was still cool to swing. The band, co-founded by singer Scotty Morris and drummer Kurt Sodergren, was at the forefront of the swing revival of that time, blending a vibrant fusion of the classic American sounds of jazz, swing, and dixieland, with the energy and spirit of contemporary culture.

Big Bad Voodoo Daddy’s efforts to promote and revitalize swing music have taken shape as much more than a simple tribute. Taking inspiration from the creators of this uniquelyAmerican art form, the band’s original horn-infused music and legendary high energy show introduces the genre to a new and younger generation while remaining cognizant and respectful of the music’s rich legacy.

Big Bad Voodoo Daddy’s first phase of stardom featured an appearance in the 1996 indie film Swingers, a movie that not only launched the careers of Vince Vaughn and Jon Favreau but introduced Big Bad Voodoo Daddy to an audience beyond their Los Angeles base. The band’s music has appeared in countless films and television shows, includingThe Wild,Despicable Me, Phineas & Ferb, Friends, Third Rock From The Sun, Ally McBeal, and So YouThink You Can Dance.They have appeared live onDancing With The Stars, Late Night WithConan O’Brien, NBC’s Christmas in Rockefeller Center, The Macy’s Thanksgiving Day Parade, a remarkable seven appearances onThe Tonight Show with Jay Leno, and theSuper Bowl XXXIII Halftime Show. The band has also appeared as special guests with many of the country’s most distinguished symphony orchestras, and has performed for three U.S.Presidents.

After 27 years, 11 records, over 3000 live shows, and countless appearances in film and television, Big Bad Voodoo Daddy is showing no signs of slowing down, and is looking forward to sharing its music with new and old fans alike, in 2019.

Seating Policy:
Under the governor’s phase 3 directives, we are no longer at a mandated reduced capacity. While we are taking every precaution with sanitation and mandating mask use throughout the facility, we cannot guarantee social distancing during the performance. We will, however, operate at a reduced capacity. We are offering full refunds for those patrons who are not comfortable under those constraints. 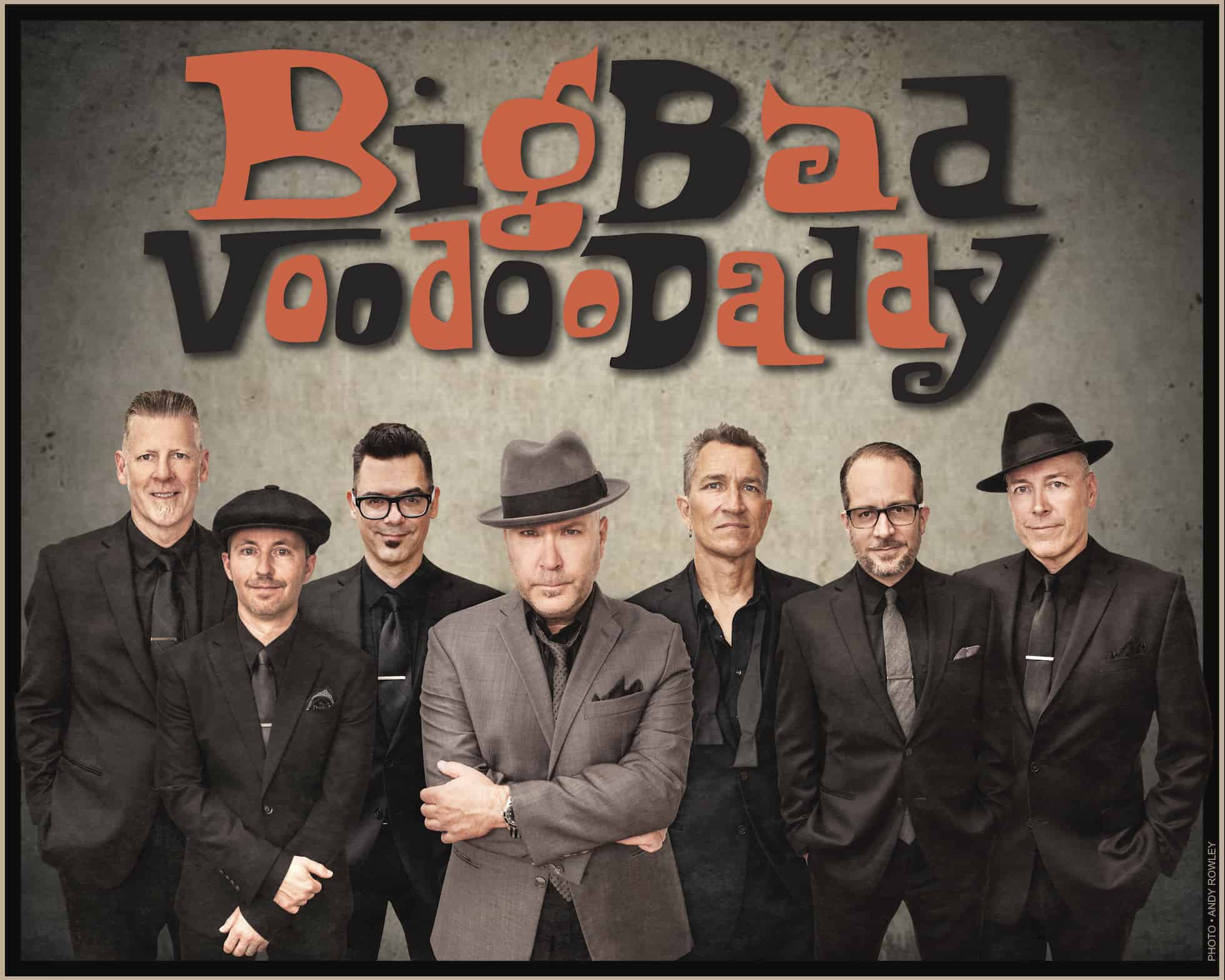