Marty Stuart and His Fabulous Superlatives

The Big Chief Special VIP Package – available in the first three rows
– One Premium Seat, with Admission to a private pre-show event at the venue featuring a two-song performance by Marty and the Superlatives, along with a Q&A Storytelling session with Marty and Band.
– One VIP Laminate and Lanyard.
– Crowd Free Merchandise Shopping.
– One 8×10 Personalized Photo

With legends like George Jones, Johnny Cash and Merle Haggard all passed on, country music purists often echo the question Jones himself asked: “Who’s going to fill their shoes?” The answer, in part, is Marty Stuart.

While he’s too gracious to admit it himself, the Grammy-winning singer, songwriter and musician is living, breathing country-music history. He’s played alongside the masters, from Cash to Lester Flatt, who discovered him; been a worldwide ambassador for Nashville, Bakersfield and points in between; and safeguarded country’s most valuable traditions and physical artifacts. Including its literal shoes: Stuart counts the brogan of Carter Family patriarch A.P. Carter and an assortment of Cash’s black boots among his vast collection of memorabilia.

But most importantly, Stuart continues to record and release keenly relevant music, records that honor country’s rich legacy while advancing it into the future. Way Out West, his 18th studio album, hits both of those marks. Produced by Mike Campbell (of Tom Petty and the Heartbreakers), the album is a cinematic tour-de-force, an exhilarating musical journey through the California desert that solidifies Stuart as a truly visionary artist.

Opening with a Native American prayer, a nod to Stuart’s affinity for the indigenous people, particularly the Lakota, Way Out West transports the listener to the lonely but magical American West. It is, in its own way, musical peyote.

“If you go and sit by yourself in the middle of the Mojave Desert at sundown and you’re still the same person the next morning when the sun comes up, I’d be greatly surprised,” says Stuart. “It is that spirit world of the West that enchants me.”

Specifically the promised land of California. Growing up in Philadelphia, Mississippi, Stuart was taken by the mystique of the Golden State: the culture, the movies and especially the music. “Everything that came out of California captivated my kid mind in Mississippi,” he says. “It seemed like a fantasy land. Way Out West is a love letter to that.”

As such, the album could only be recorded there, and Stuart, with his longtime backing band the Fabulous Superlatives, decamped for California. They recorded half of the album at Capitol Records and the rest at Campbell’s M.C. Studio, a gritty space with a vibe all its own. Much of the early Heartbreakers music was recorded at Campbell’s and that primal rock & roll energy is palpable throughout Way Out West, reinforced by Capitol’s own rock history: the Hollywood studio birthed iconic records like the Beach Boys’ Pet Sounds and the country-rock of Glen Campbell’s Wichita Lineman. Way Out West, with its atmospheric production, evokes those classics, as well as cowboy records like Marty Robbins’ Gunfighter Ballads and Trail Songs and Cash’s The Fabulous Johnny Cash, one of the first albums Stuart ever owned.

“This is a California record, and I knew that when I emerged from the studio at night, I wanted to see palm trees and breathe that desert air,” says Stuart.

Listeners too can feel the warmth of those Santa Ana winds over the album’s 15 tracks, a collection of newly written originals, instrumentals and rare covers like the Benny Goodman-penned “Air Mail Special,” and “Lost on the Desert,” once recorded by Johnny Cash.

“I asked Johnny about that song when I was in his band, and he said the only thing he remembered about it was changing some words,” laughs Stuart. “But Way Out West just as easily could have been titled Lost on the Desert.”

The idea of losing oneself runs through Way Out West, with the title track both a spiritual adventure and a cautionary tale – Stuart wraps up the travel ballad with a spoken aside about his own bad trips with pills.

“I researched that for 30 years,” he jokes, self-deprecatingly. “There’s a lot of truth in that song.”

The rollicking standout “Time Don’t Wait” also offers a warning: to not let life race by. “As the dirt fell through my fingers / the wind it seemed to say / don’t put off until tomorrow, what you can today,” sings Stuart. “That’s just country wisdom. I can’t claim that. But I like when you can talk about the simple things that are around us. That makes country music come to life for me,” he says.

When it comes to transforming country songs into tangible experience, Stuart has a secret weapon: the Fabulous Superlatives. Made up of guitarist Kenny Vaughan, drummer Harry Stinson and new member, bassist Chris Scruggs, the Superlatives are an extension of Stuart himself.

“The Superlatives are missionaries, they’re fighting partners. They’re my Buckaroos, my Tennessee Three, my Strangers. They’re my legacy band and have been since Day One,” says Stuart.

Along with the playing of Mike Campbell, who contributed guitar, B-3 organ and piano, the Fabulous Superlatives are all over Way Out West and ensure that the mystical detours Stuart explores always remain of the moment.

As Stuart himself will tell you, he often ventures off the reservation  – in a way, his entire career has been “way out west.” While other artists chased popular trends in the name of radio play, he formed complete bodies of work, not unlike the greats he idolized. Way Out West is just the latest embodiment of that creative mission.

“I would play this record for Hank Williams, Merle Haggard or Ernest Hemingway and never bat an eye,” says Stuart. “There’s something in there that would entertain each of them.”

But Stuart also made Way Out West for those who come after. As he sees it, there is no greater responsibility in music than to share what you’ve learned.

“Lester Flatt saw something in me and gave me his wisdom, wit and music. Johnny Cash was my best friend. But all of that doesn’t come for free. The job is to pass it along,” says Stuart, stretching out his arms. “That’s the way it’s supposed to be in country music.”

With Way Out West, Stuart holds up his end of the deal. 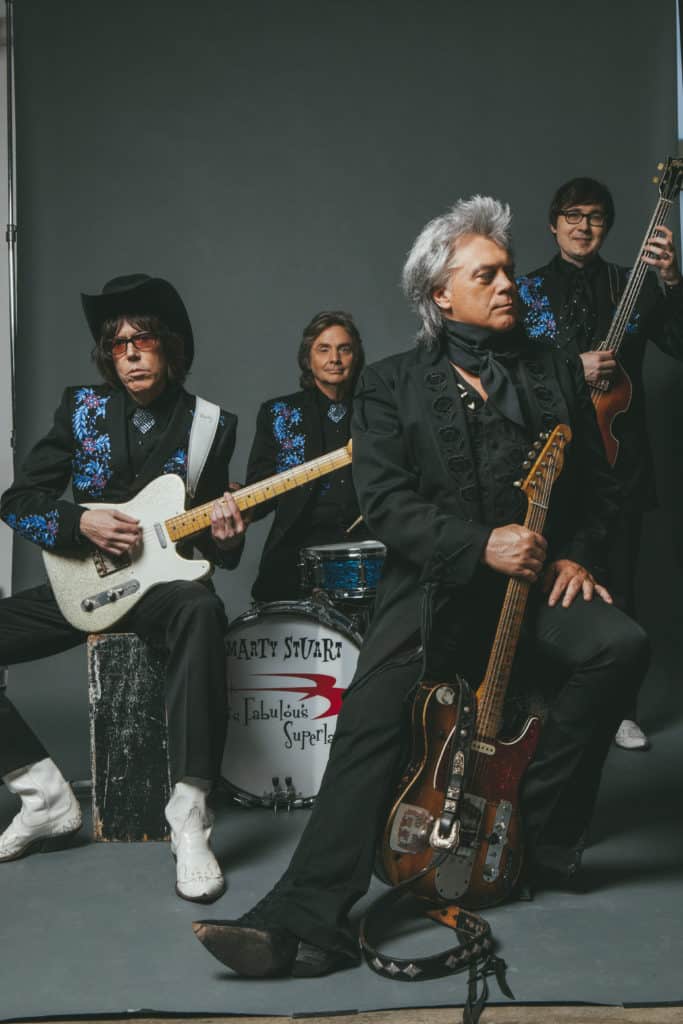 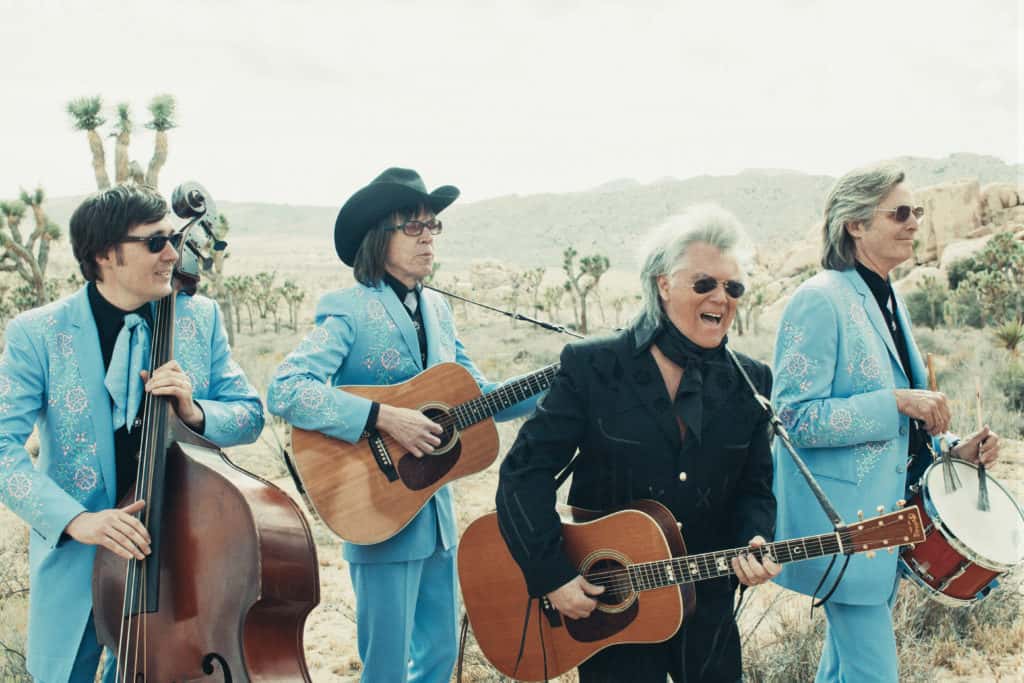