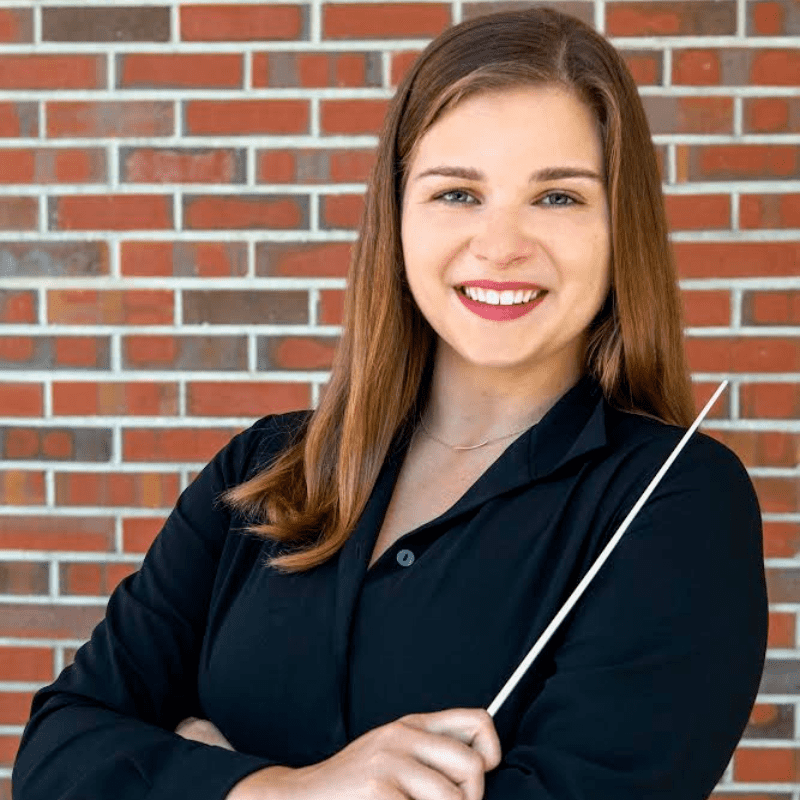 Abigail Mistretta has recently been appointed as one of the Assistant Conductors of the Ocala Symphony Orchestra (OSO) under Maestro Matthew Wardell for the 2022-2023 season. Born in Ohio but raised along the Florida Gulf Coast, she considers herself a Florida native. Abigail eventually moved east to Gainesville where she studied at the University of Florida. She received her Master of Music degree in Instrumental Conducting with a concentration in Clarinet Performance in the spring of 2022. There she studied under the mentors of Dr. David Waybright, Dr. Raymond Chobaz, Professor Jay Watkins, Dr. Chip Birkner, and Clarinet Professor, Mitchell Estrin. While completing her graduate degree, she served as a teaching assistant with the University of Florida (UF) Clarinet Ensemble, Wind Symphony, Symphonic Band, Concert Band, and Gator Marching Band. She has had multiple appearances as a guest conductor with the UF Symphony Orchestra, Wind Symphony, Chamber Winds, and Symphonic Band. With these ensembles she rehearsed and performed a wide variety of musical literature by composers such as Leonard Bernstein and John Williams. She also has extensive experience performing chamber music such as Serenade No. 44 in D minor by Antonin Dvorak, Octet by Igor Stravinsky, and an arrangement of W.A. Mozart’s Le Nozze di Figaro for chamber winds. Abigail, also, actively served as the Conductor and Assistant Music Director for the Clarinet Ensemble under Professor Estrin. Abigail received her Bachelor of Instrumental Music Education, summa cum laude, in May of 2020 from the University of Florida. During her time there, she performed on both Bb and bass clarinet in the Wind Symphony, Symphonic Band, University Symphony Orchestra, and in the Clarinet Ensemble. In the summer of 2019, she had the opportunity to travel to France with the Wind Symphony as the principal bass clarinetist; there the group performed in the Festival des Anches d’Azur in La Croix-Valmer, a festival dedicated to bringing international ensembles together to make music along the Bay of Saint-Tropez.

In addition to her assignment with the OSO, Abigail has recently accepted the position of Associate Band Director of Freedom High School located in Orlando, where she works with Dr. Michael Antmann. Her duties consist of directing the Symphonic Band, and co-instructing the marching band and jazz ensembles. Prior to working in Orlando, Abigail has also worked with students at both the intermediate and collegiate level in the Florida Panhandle, Central Florida, and North Carolina. She is also an active performer, serving as the clarinetist in the OSO’s Wind Quintet and freelancing in both wind ensembles and orchestras around central Florida. Abigail has a passion for the orchestral genre, and the power generated by the symphony orchestra. Exposure to performing orchestral literature in college ignited an interest that was followed by opportunities to study with Dr. Raymond Chobaz and Dr. Matthew Wardell. She has always admired the work and sound of the OSO, and is thrilled to be joining the orchestra. Abigail is looking forward to working with Maestro Wardell and Maestro Mazur, bringing forth a wonderful season of music.